In a lot of ways, what’s old is new again as 2022 looks a lot like 2020. Once again Maricopa County is a cause for dispute between Republicans and Democrats, swing states taking days past Election Day to count their ballots to determine election outcomes, and because no candidate cleared 50% in Georgia it is yet again coming down to a special election where Republican Senate candidate Herschel Walker faces off against Democrat incumbent Rafael Warnock.

As the dust settles after the 2022 Midterm, aside from a Red Wave in Florida and in parts of New York, many Republicans are left scratching their heads wondering why there was not a Red Wave. The consensus amongst politicians, pundits, and pollsters alike had seemed to be that because the economy had not been this bad since the days of Jimmy Carter, the border was wide open, and crime was out of control that Republicans would have the climate needed for a Red Wave in November. However, evidentially, these issues did not turn out enough voters. 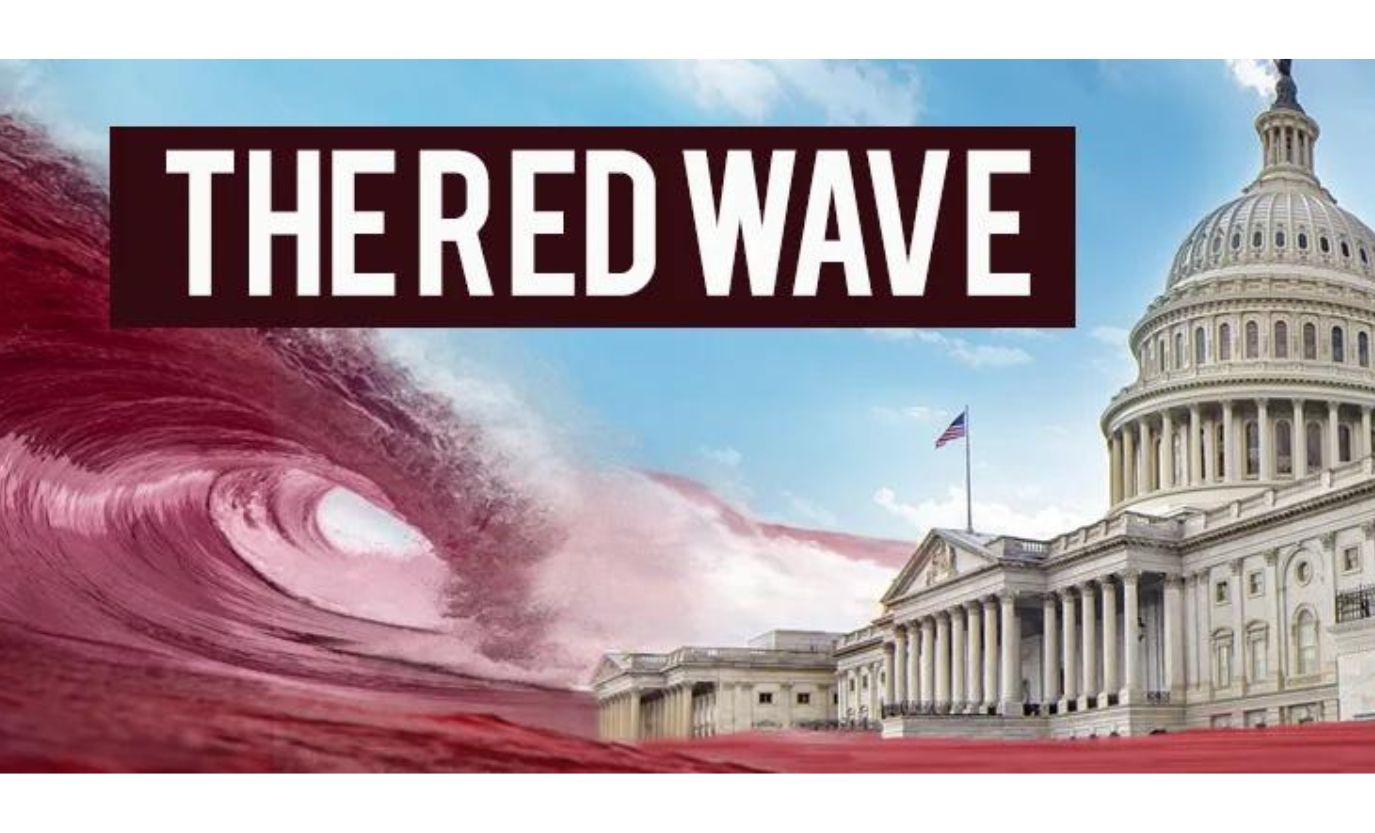 What Some Are Saying About the Lackluster Red Wave

Some chalk up the Republicans’ election woes to the single-issue single women voters who voted a whopping 37% in favor of Democrats likely due to their support of abortion in wake of Roe v. Wade being overturned this past summer. Compare this statistic of unmarried women to married women who were more likely to vote for Republicans by 12%.

Others are embracing the infighting going on in the Republican Party right now by taking the side of either the Movement Conservatives or the Establishment Wing of the Republican Party. Movement Conservatives are pointing fingers at Senate Minority Leader Mitch McConnell alleging that he did not spend NRSC resources on candidates that had a legitimate chance of winning such as the populist candidate chosen by President Trump, Blake Masters in Arizona. Instead they opted to spend funds on longshot pro-abortion and anti-Trump candidate Joe O’Dea in Colorado and moderate and incumbent Senator Lisa Murkowski in Alaska against her more Conservative opponent in Alaska’s Rank-Choice Voting system.

The old-guard Establishment wing of the party is pointing to “candidate quality” by alleging that President Trump chose weak candidates in the Republican primary that didn’t stand a real chance at winning their General Elections. Now, the full ensemble of Karl Rove, Christ Christie, and The National Review are using this as their evidence to make the case to Republican voters that President Trump does not deserve to have such a tight grip on the Republican Party and that we should all just move on from Trump to Ron DeSantis.

However, Republican voters are saying not so fast. On the heels of President Trump’s early announcement this week and a recent 11/18 poll produced by Politico Report amongst 842 registered voters (742 of them Republicans, 100 of them Independents), President Donald Trump leads the field of candidates with 47% favoring Donald Trump to 33% favoring Ron DeSantis and 5% favoring Mike Pence. Needless to say, Trump is still the leader of the Republican Party and all signs are pointing to him being the nominee in 2024.

In some states, Arizona and Texas in particular, Republicans are citing obvious cases of a lack of election integrity.

In Maricopa County, the voting tabulators worked through early voting, but malfunctioned for many hours in Republican strongholds on Election Day that affected more than 30% of polling locations. A Democrat-appointed judge refused to keep the polls open a few more hours. Arizona Republican gubernatorial candidate Kari Lake is right to contest this election with only having lost by less than 18,000 votes. It’s worth noting that Maricopa County makes up 62% of the vote total in Arizona, and many Republicans choose to vote on Election Day, so the machines malfunctioning no doubt affected the vote totals.

This issue of Election Integrity hits closer to home for me because here in Texas, State Senator Paul Bettencourt has been drawing attention to and Governor Greg Abbott has called on the state of Texas to investigate the shenanigans that went on Election Day where Republican stronghold precincts in Harris County went without paper for hours at around 2:30 p.m. to properly tally the votes and voters were turned away.

Harris County District Attorney Kim Ogg, a Democrat, answered those calls and sued the Harris County elections administrator, Clifford Tatum, a Washington DC transplant with a history of complaints of corruption where voters described elections under his leadership as a “disaster” and like “voting in a third world country.” The question for prosecutors will be first to determine if there was incompetence or it was deliberate.

Conservatives will advocate for the latter and believe that those responsible need to go to jail. The next question, which is perhaps much harder to answer, was this obvious malpractice enough to affect the outcome of the election in a race where Alex Mealer, a very popular Republican candidate for county judge who was running against an unpopular Democrat incumbent Lina Hidalgo whose three staff members were under criminal indictment and where Houston had become the murder capital of Texas under her leadership, only lost by less than 16,000 votes. This investigation is certainly worth following to find out where it leads.

So, whether you believe this lackluster Red dribble was due to the abortion issue driving single women to the polls, Republican infighting, or election integrity, the fact of the matter is that the results are the same: the midterms were a disappointment. 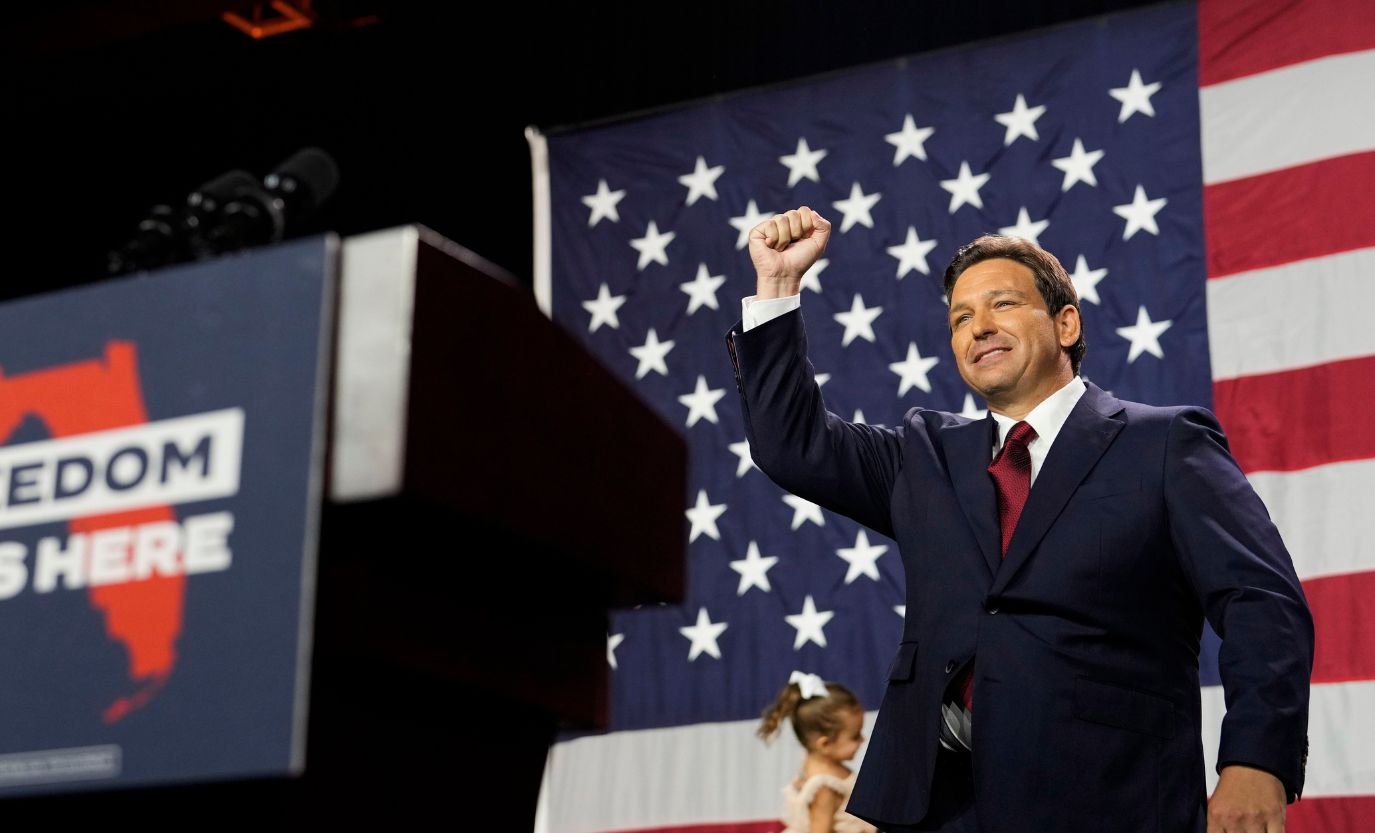 Explaining the Red Wave in Florida

How do we explain the Red Wave in Florida that we really did not see anywhere else? Granted Governor DeSantis is a wildly popular Governor that has shown himself to be a fierce Conservative Culture Warrior with many legislative victories, he has won over independents to support him and the Republican Party, and people also like his many viral moments of his witty comebacks talking to his adversaries as well as his well-produced campaign ads. Florida has also seen some 500,000 new residents this year many of which have fled from Democrat-run states, but these factors alone do not explain the nearly 20-point victory on Election Night. After Governor Ron DeSantis narrowly won by about 30,000 votes in 2018, thereafter, Florida banned mass main-in ballots, banned ballot harvesting, began requiring Voter ID, and Governor DeSantis created an Election Police Force. Governor DeSantis was not going to allow for Election shenanigans again and this no doubt helped him in 2022.

Wouldn’t it be great if Republicans could implement the changes that Governor DeSantis made in every state?

How Do Republicans Win Again?

In a perfect world, we could. Problem is, we can’t do this right now in important swing states like Pennsylvania, Arizona, and Nevada where Democrats hold important positions such as Governor or Secretary of State or are in control of the legislature. Since COVID-19, Democrats in these states, via executive order or by rewriting election laws, ushered in very liberal mass mail-in-ballot and ballot harvesting rules, and so long as mail-in ballots are postdated for Election Day, the votes count.

Republicans are trying to win by way of old pre-COVID tactics of big rallies, messaging, and turning out on Election Day while playing by the Democrats’ new post-COVID era rules whereas they simply harvest enough votes to win days and weeks after Election Day. Democrats are winning, in some cases, legally by way of the laws that they have passed in their states.

Democrats know that tons of Americans don’t vote either because they don’t care or are too busy, so Democrats ensure that they get the ballots to these folks who will vote along party lines to ensure that they have the numbers that they need.

The bottom line is that no matter who the Republican nominee for president is in 2024, unless we change our tactics, it will continue to be very difficult for a Republican to win. But we cannot throw in the towel. We as Republicans have to get smarter to win. We have to beat the Democrats at their own game by mastering the mechanisms which have made them successful.

25 states allow someone chosen by the voter to return mail ballots on their behalf and 11 states that specify who can return a mail ballot. In the states where it is lawful, Republicans must come up with the strongest ballot harvesting operation where we must have paid operatives on the ground going to churches, senior centers, colleges, gun shows, NASCAR events, and wherever our voters are capturing and tracking down Republican votes. 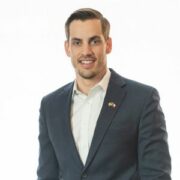 Christian Collins is the founder of the Texas Youth Summit, a non-profit that hosts some of the most influential political and religious leaders in the country dedicated to educating high school and college-age youth with Judeo-Christian and Conservative values. ‍Christian is an experienced consultant specializing in public relations and strategic communication for political campaigns, nonprofits, and businesses.

A Subconscious Insight Into the Mind of the Spirit