Before Sam Childers took on the mission of saving orphaned children in the Sudan, he was a machine gun-toting member of the U.S. Outlaw Motorcycle Gang with a lifetime of crime, violence, and drugs behind him.

His story of turning his life around after a visit to his girlfriend’s church brings the idea of redemption to a whole new level. He will share that story this Friday, November 18, at the Katy Christian Chamber of Commerce Breakfast, open to all.

Known as the Machine Gun Preacher, Childers didn’t just go to church that day; he used his strength and determination to change the trajectory of his life. After discovering the power of God, he attended Bible college and became a pastor. In that role, he began exploring mission trips, and one such trip to Africa took him down a path that has led to his saving thousands of lives over the last two decades.

Sam joined a mission group to repair huts in the war-ravaged Sudan. There, he stumbled upon the mutilated body of a child killed by a land mine. Devastated by what he saw, he soon discovered that this was not an anomaly. Orphans were prevalent in the area due to parents dying of AIDS, malaria, and local militia and rebel group violence. And while some fell victim to war tactics such as this one, many others became victims of sex trafficking or were forced to become child soldiers. 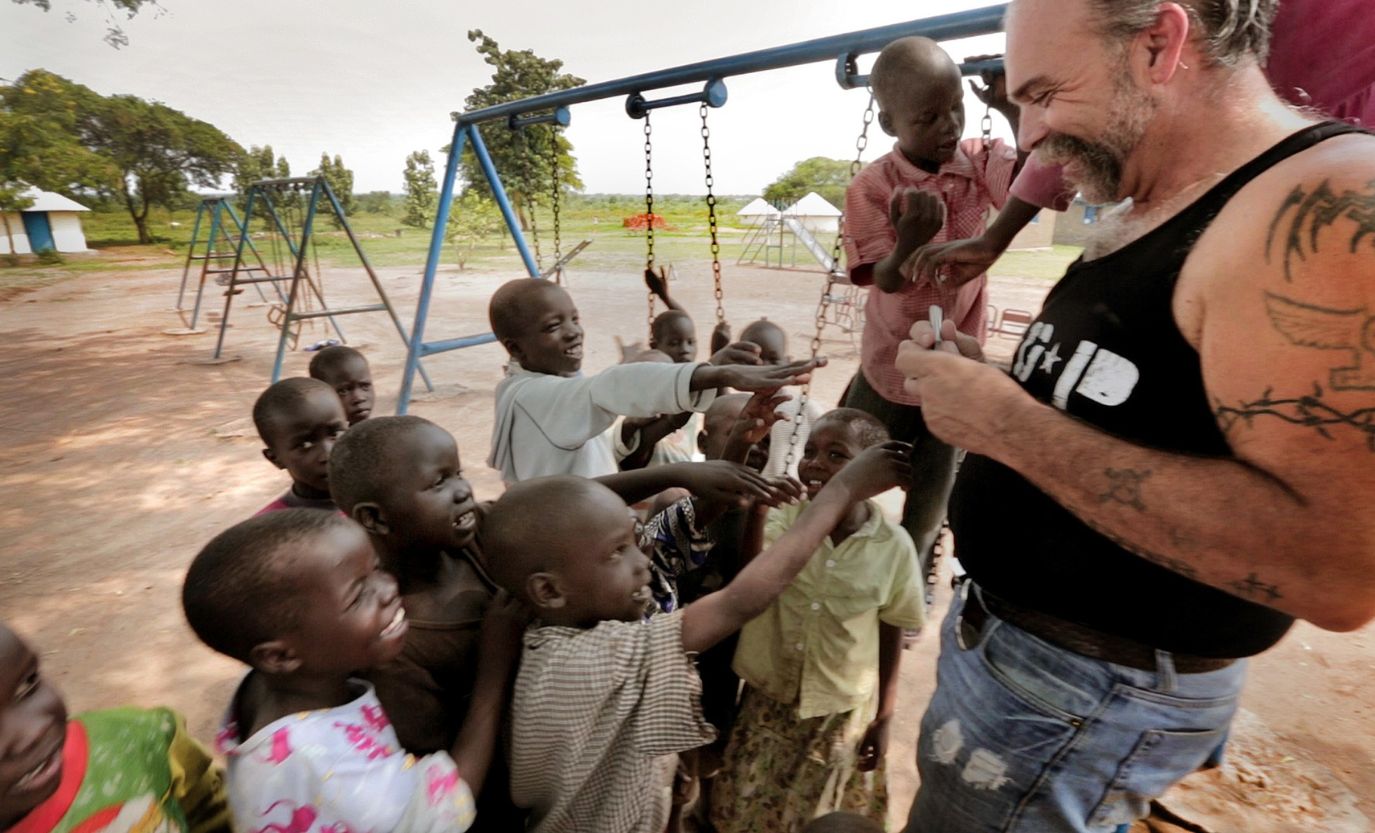 Childers – gun in hand – made the decision then and there to take on the fight to save these children. He sold his construction business in the U.S. and opened his first orphanage in southern Sudan. He then created his charity, Angels of East Africa, and set out to save the children of the Sudan. Since then, he’s opened seven orphanages, seven schools, 50 wells for clean drinking water, and a farm where he teaches those displaced by war how to become self-sufficient.

He also pastors a church that he built himself, Shekinah Fellowship Church in Central City, Pennsylvania. There, he stands as an example of a man whose faith saved not only his life, but the lives of thousands elsewhere, all the way around the world.

That faith is on display in the 2011 biopic, The Machine Gun Preacher, featuring Gerard Butler. Despite Hollywood’s tendencies to gloss over Christian influence, the movie stayed true to Childers’ transformation after developing his relationship with God. He is proud of the movie and Butler’s portrayal of him and is hard at work on a sequel.

During 2022-2023, Childers is on a world tour speaking at youth detention centers, drug rehabilitation centers, prisons, schools, businesses, churches, and organizations where he believes his story will inspire hope and motivate others to make successful changes in their lives.

This week, you can hear Childers’ story from the man himself at the Katy Christian Chamber breakfast on Friday, November 18 at Westland Baptist Church, 1407 Grand Parkway. The event begins promptly at 7:00 am and reservations can be made here.

Exchanging Liberty for License: The Desolation of a Republic