Like nearly every restaurant in America, Katy’s iconic Midway BBQ has been fighting the challenges of the Covid-19 Pandemic. Then in February this year, Katy with the rest of the Houston Region was assaulted by its longest, hardest ice storm in nearly 150 years. Hundreds of thousands of homes and businesses were without power, water, or both. If that weren’t enough, in the early hours of February 20th the restaurant was gutted in a massive fire!

A closer inspection revealed that the “bones” or basic structure of the building were sound, but the interior was a total loss. Most if not all of the contents were insured, however hunting trophies and other mementos belonging to owner Herman Myer were not.

Midway owners and management immediately pivoted. First, they moved limited operations to the deli counter at their Midway Meat Market just down the street. Ironically that meat market has just recently reopened itself after about two years of repairs. Those repairs were required because of massive flooding and other damages from Hurricane Harvey. 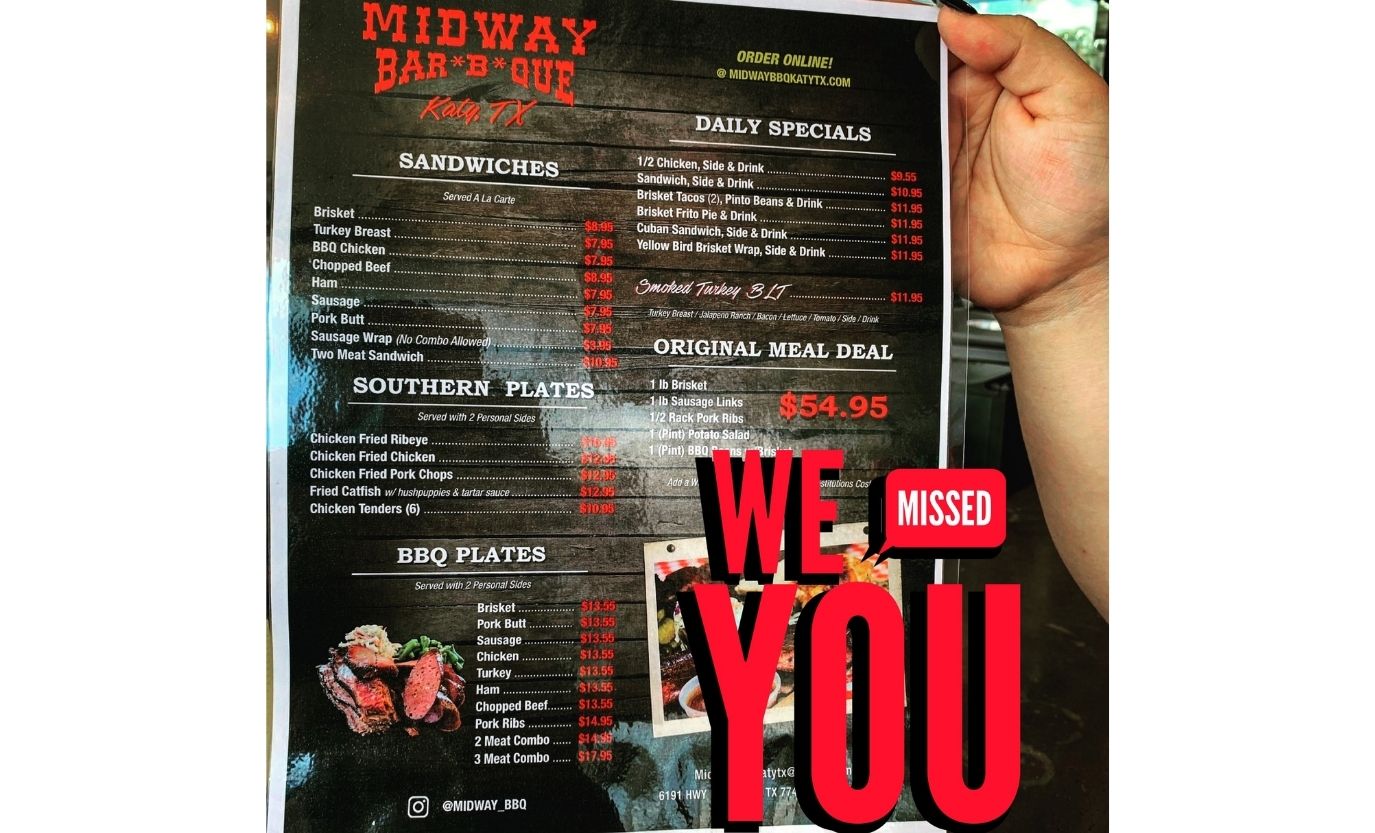 MKT Distillery, a local craft distillery hosted and help spearhead a fundraiser benefiting Midway and its employees. The fundraiser was held on March 6th. Performers included local singer Travis Scott. Scott while returning from a gig was among the first to report the fire.

Another local business person extended the opportunity for Midway BBQ to move into the location most recently known as Crown Kitchen. The same restaurant was also known as Crown Pizza. The location is located in Tiger Square not far down Highway 90 from Midway BBQ’s own location. In the midst of several weeks of alterations, it was decided that this new, temporary location would be dubbed “Midway Junior.”

Midway Jr. opened to the public at 11 am. on May 4th. Their hours will be  Monday-Saturday 10:30 am – 8 pm or sold out, Sundays 11 am-8 pm or sold out. They are located in Tiger Square on Highway Boulevard across 1463 from Katy High School. According to social media, they will be in this location for about a year, as repairs to their fire-damaged home location are completed. 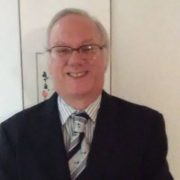 Robert A. Crutchfield is Creator and Editor of CrutchfieldCooks.com. He is an active member of the Connections Ministry at Parkway Fellowship here in Katy. Previously he conducted Sunday services at Spanish Meadows Nursing Home for approximately five years.

The Power of Pets 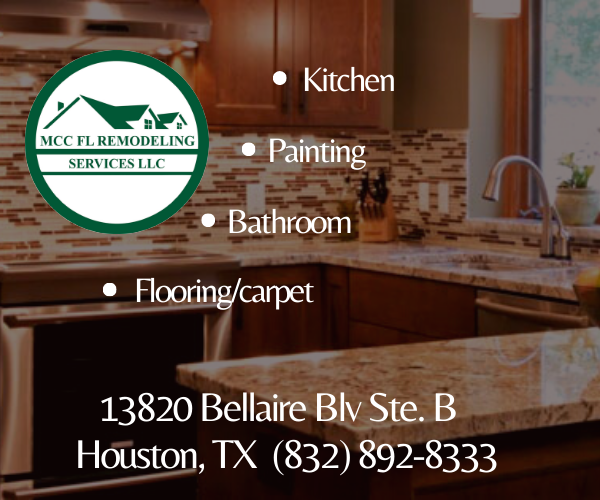