They did link arms with the Chiefs for a moment of silence just before play, a moment that was marked with loud boos from the stands, leaving players confused as to the reasons for this reaction.

The chorus of boos seemed to be targeted at the seven messages that appeared on the jumbotron during the moment of unity: “We support equality. We must end racism. We believe in justice for all. We must end police brutality. We choose unconditional love. We believe Black lives matter. It takes all of us.”

But in hearing the reactions of those watching the game, the boos could just as well have been targeted at the Texans’ decision to “sit this one out” and avoid participation in either of the anthems. Even the beloved JJ Watt is catching flack for defending that decision, with many Texans – the residents, not the football players – concerned about the image portrayed. Texans are proud. Texans are patriotic. Texans love our military and our American freedoms. To retreat before the National Anthem is unpatriotic in many eyes, despite the intentions.

When Texans Coach Bill O’Brien was questioned about the decision, he replied that the team was making a statement, not about the flag, but about “recognizing the systemic racism that exists in America.” 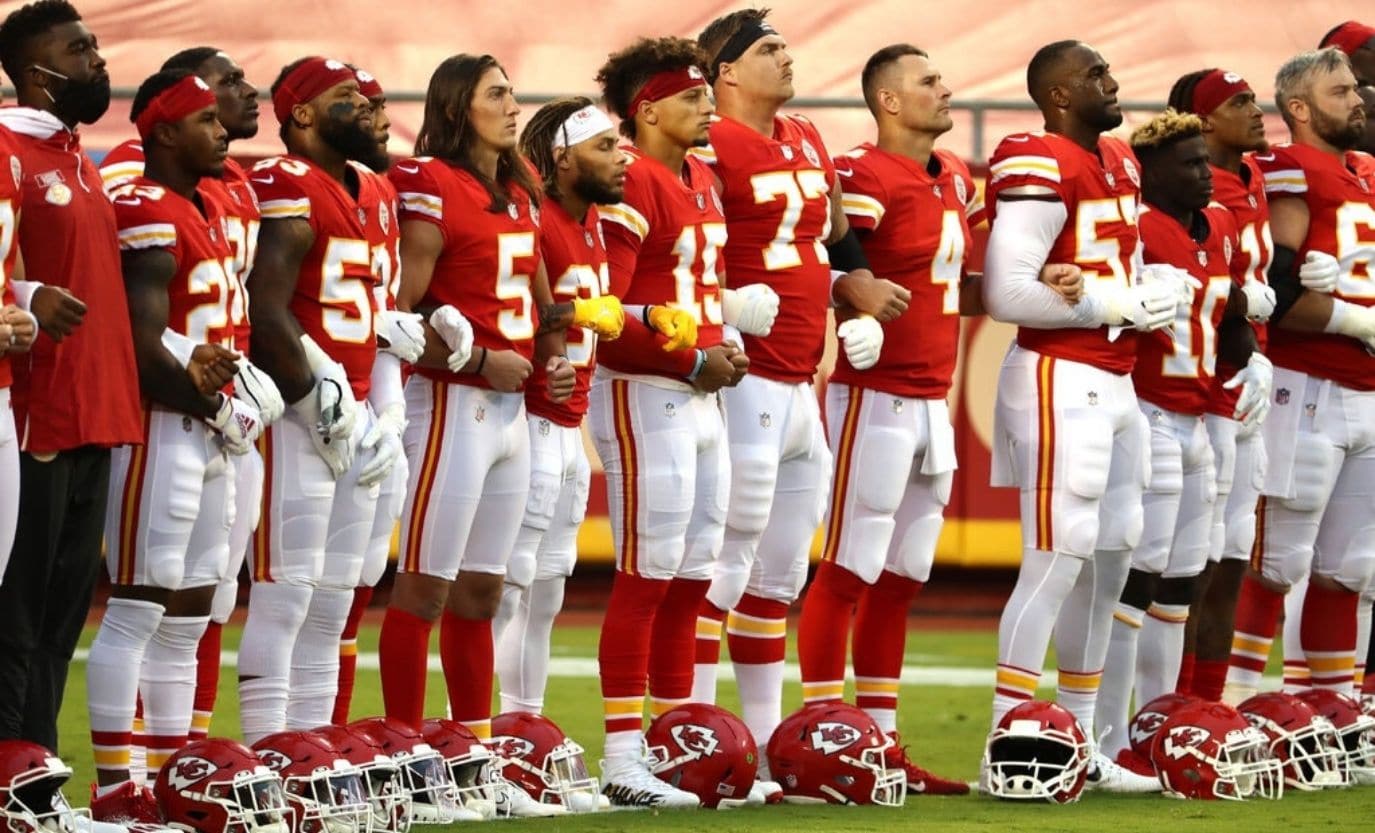 Reactions have been swift. Some fully support the Texans’ decision, but they seem to be in the minority. Not a few fans have sworn off the team for good. Many are just sick and tired of politics commingling with sports. A perusal of online comments posted in response to Click2Houston’s article on the decision yielded some insight into viewers’ frustrations.

Martha Stemburger said, “It’s getting ridiculous. They weren’t hired because they’re smart or statesmen; they were hired because they can run, throw and kick. The people who booed were pretty darn tacky, too. If you’re feeling manipulated at games, just stop going.”

Others argue that athletes and celebrities have a platform, and as such, they have an opportunity to get a message out to a huge group of people, something most of us can’t do. That platform then becomes a responsibility, and as a team, they must present a unified front. Hence, one reason for last week’s decision. But fan reaction shows that most just want to leave the hardships of life behind and be entertained for a few hours. One commenter, Bob, said, “Football fans just want football, not a sermon.”

Another, Byron, pointed out the timing and questioned the appropriateness of the action. “They don’t have the right to protest as long as they are on duty. What they do off duty is different. Name me one profession outside of sports or television that can protest while being paid to do a job. They are entertainers just as the people in Hollywood are. Cops, medical, retail, none of them can protest while at work. So why should sports be any different? I’m with Bob 100%. You pay to see sports.”

MMGibbs shared the frequently liked sentiment, “Instead of waiting in the locker room for your National Anthem to finish before meekly walking onto the field, get fired up, rush the field, stand proud for both, play ball and win some games! Consider showing unity for change by concentrating on the lost inner city kid. Make a difference, make them winners and save the theatrics for family night.”

Who knows what the consequences will be of the Texans’ decision. And what about the consequences for our nation? Will decisions like these increase the racial divide even further or shed necessary light on a subject that needs our attention? Have we seen the last of patriotism in the form of reverence to our flag and our fallen heroes? Do we have to decide between patriotism and supporting racial equality?

Should all of these questions arise out of a football game?

Putting Your Money Where Your Christianity Is

NFL Patriotism May Not Be What You Think