I first found out about Pastor Johnny Teague, Senior Pastor at Church at the Cross, from a business card he had slipped under my door about this time last year. I wondered how he even found my office location, since neither my billing address, nor what is listed by doing a Google search, shows this address.

The curiosity gnawed at me, so I gave him a call. Naturally, it went to voicemail, so I left him a message. Later that same day, he called me back, and he and I made a lunch appointment to discuss his campaign. In my line of work, I meet lots of pastors, but very few are running for Congress, so I was intrigued.

I had asked Lily Palmer, who was my righthand person for several years, to meet us for lunch that day. Johnny joined us and we began asking him the reasons why he was running. “This country was founded on Godly principles, and so few people are talking about that in Washington these days,” he responded.

“If this country is to survive, we need men and women of faith and courage to stand up for what’s right, no matter the consequences,” he added. 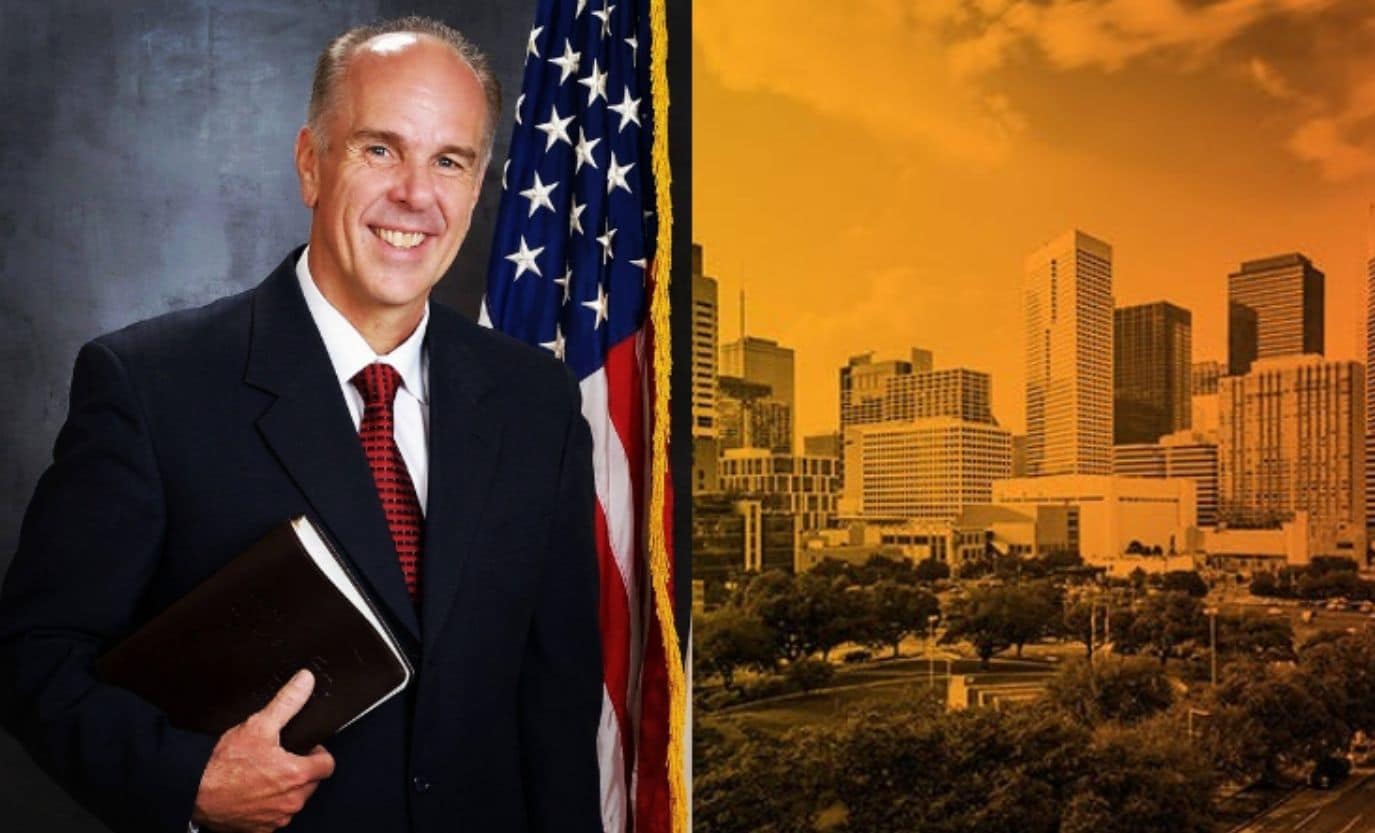 Johnny is a Texas rancher. He was a high school and college football star at quarterback. He even won the honor as being named, “Offensive Player of the Year” in his conference his senior year, where he played college football for the Tarleton State Texans. After this, he played four years as a semi-professional football quarterback for the Houston Express.

But what makes Johnny so special is that he is most passionate about preaching God’s Word and reaching the lost for the Lord Jesus Christ. He has preached through every book in the Bible. His church motto falls in line with his passions – “To Know Him, and To Make Him Known.” His church invitation on every sign, banner, or piece of literature reads: “Come Just as You Are.”

Church at the Cross is in area that many would consider lower income, but when Johnny found out the struggles of our magazines during this crisis, he did not hesitate and asked to advertise on our website immediately. He remains a loyal advertiser to this day.

My church background was at First Baptist Church of Houston, Encourager Church, and Second Baptist Church for many years. I felt God calling me to visit other churches, so I did, and I eventually settled on Ecclesia Church on Piney Point. All four of those churches have a lot of wealthy members, but Johnny’s church does not.

I decided to go and visit his church late this past spring, and immediately after my first outing, I felt God calling me to join his church. The following Sunday, I walked down the aisle, and joined my new family in Christ. Church at the Cross consists mostly of minorities, with over 80% of the members being black. Yet, I have never felt more at home in the body of Christ as I have there. When God looks upon us, He does not see white, black, brown, or any other color; He either sees Christ in us, or He does not. The same can be said about Pastor Johnny Teague and the members of his church. God comes first, and if you really are saved, then every follower of Christ that genuinely believes, is your brother or sister in Christ.

People always say they want good people to run for office, and from time to time they do. But so often we put identity politics, race, or party affiliation over God. I believe in what Johnny is doing so much, that I have volunteered for his campaign for about six months now, block walking with him every Saturday morning for two to three hours. To me, that is one of my highlights every week. Johnny, however, walks the neighborhoods in his congressional district for about four hours every day, except Sunday, when he preaches. He has knocked on over 60,000 doors by himself, introducing himself, finding out the people’s needs and concerns, and sometimes even offering prayer and ministry if the need arises.

Is it hard work? Yes, it is hot, hard, and exhausting. On more than one occasion, I have been shouted at, kicked out of yards, had doors slammed in my face, had hateful things spoken to me, and have been looked at with hatred and mistrust. Is it worth it? Yes, in every way imaginable. For real change to occur, sacrifices have to be made. 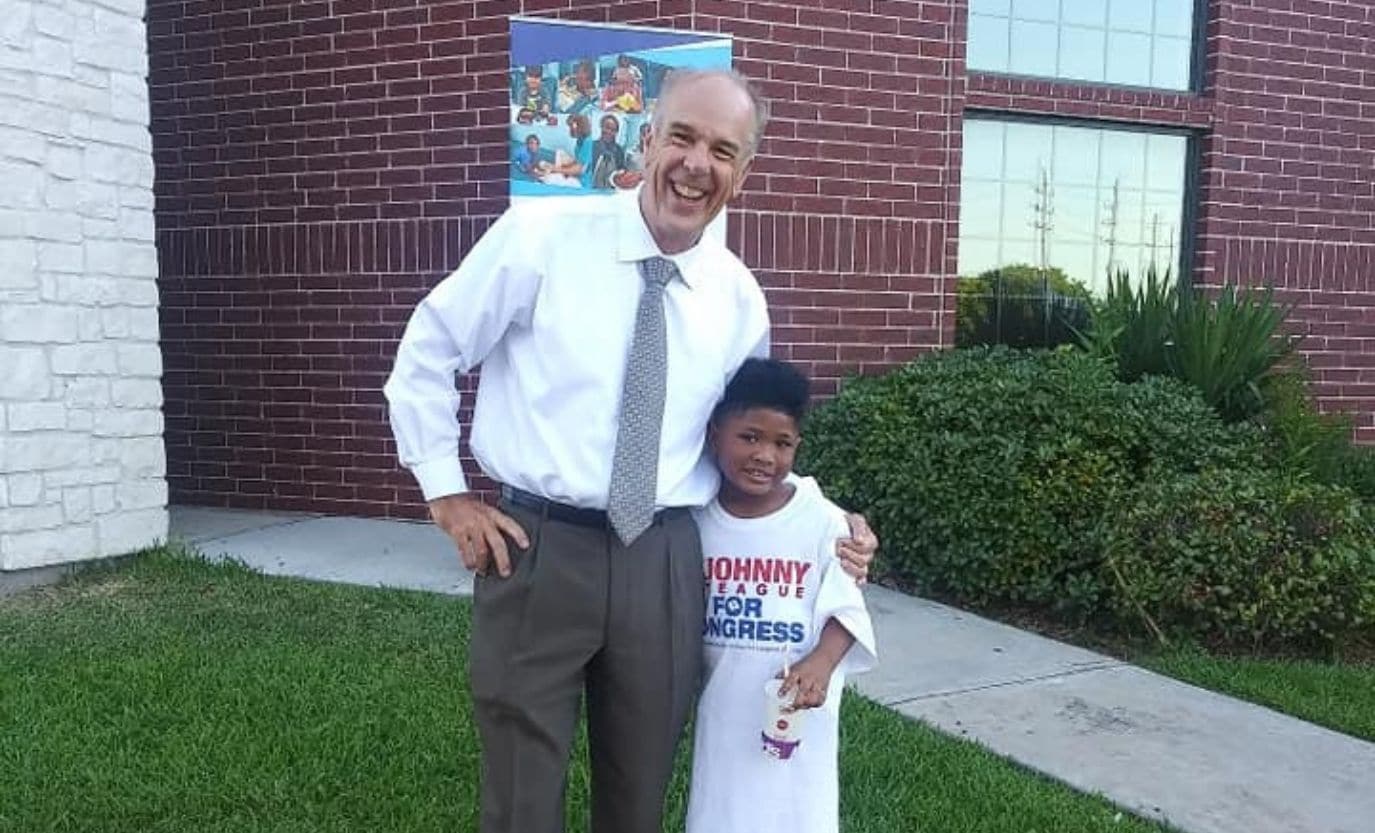 Some people claim that the party that Johnny is running in does not care about the poor. Well, as a member of his church, I can personally testify that on Saturdays once or twice a month, we have cars lined up for as far as the eye can see for food boxes that we give away to the needy in our area. This selflessness is from a church that has extremely limited resources.

People like Johnny Teague do not run for political office very often. When they do, we should embrace and support them as Christians. When people ask what his party affiliation is, Johnny responds, “I am not running as a party, I am running as a person; as a Christian.” If this country has a chance to survive going forward, we need many Johnny Teague’s in office.

If you want to learn more about my Pastor, brother in Christ, and dear friend, Johnny Teague, please visit his website at www.checkjohnnyforcongress.org/. His campaign is in real need of financial support and volunteers. Come out and help make a difference.

Are you ready to be a Boots on the Ground Christian?