By: Rebecca Deurlein and Frank Hart

I’ve struggled, in the past, with explaining to nonbelievers how and why I believe in a God whose existence cannot be proven. Below is a story of discovering God, as told by Pastor Frank Hart of NewChurch in Katy. It encapsulates what so many of us have trouble putting into words.

I didn’t grow up in the church. My family paid no attention to Christian culture—not the Bible, not Sunday morning worship, we didn’t even pray at meals. We didn’t go to church on Christmas Eve or Easter. We were true American pagans. Maybe my parents had gone to church when they were younger but no one ever talked about it.

We were probably a lot like most people these days. Sunday morning was for sleeping in, eating brunch, maybe some yard work. We were no more likely to get up and go to a church service than we were to go visit a Budhist Temple or a Synagogue. It wasn’t going to happen.

I certainly wasn’t looking for God when He found me one night in my backyard.

I had actually started calling myself an atheist. I thought religion was like the Emperor’s New Clothes except no one could even see the Emperor. All the Christians were victims of an elaborate prank and I was gonna be the brave, honest young boy who would dare to tell the truth. Point out what everyone else already suspected in their heart—there’s not really a God.

It was like Santa and the Easter Bunny. It’s fun to pretend, but it’s just pretend. 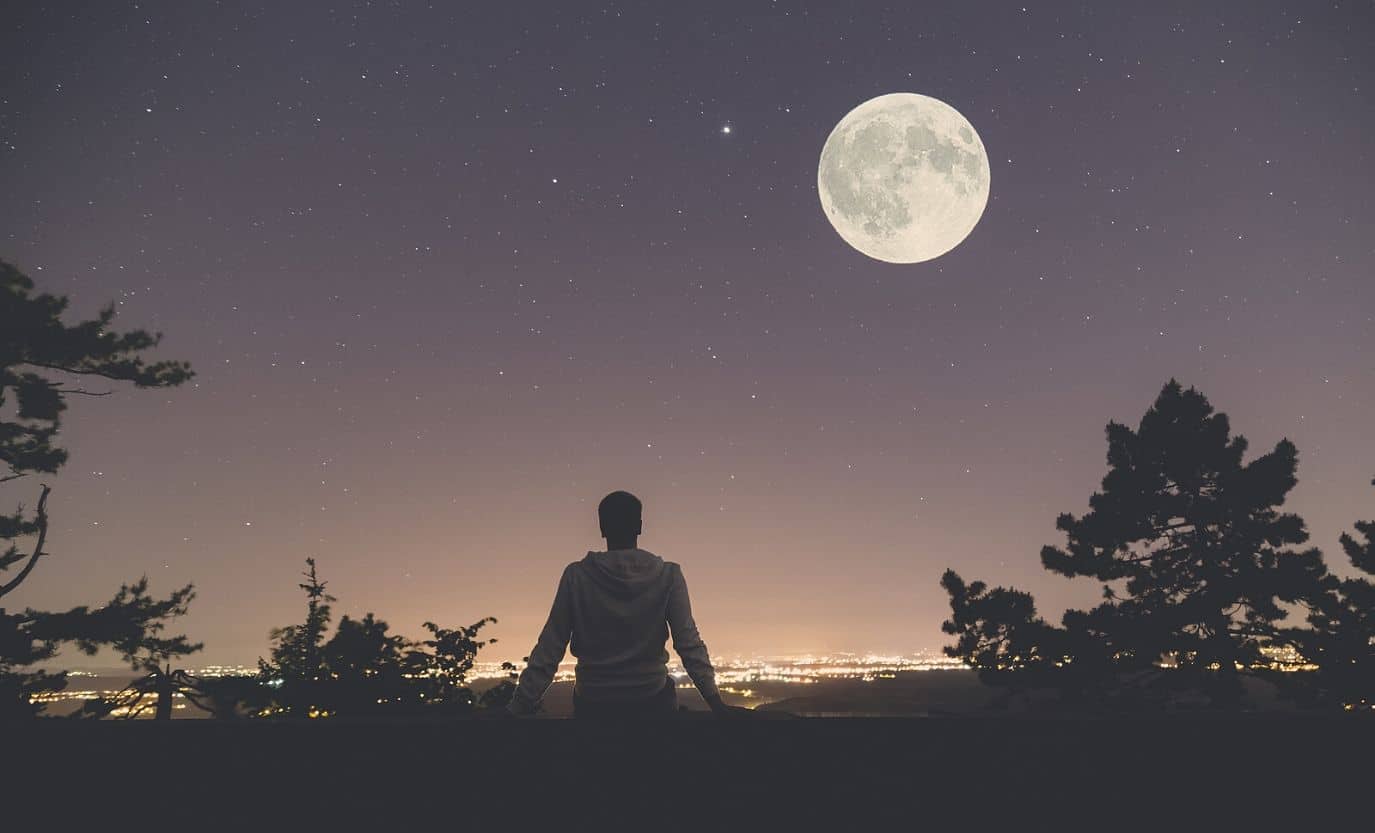 So I felt pretty superior to all the poor hypnotized masses until the day I saw God. I don’t mean I saw a vision or that God appeared to me, I just looked up at the stars one night and suddenly could no longer sustain the belief God wasn’t there. I felt so small standing in my backyard. I could feel the grass, soft as velvet, under my feet, the dirt under the grass and the air between myself and the expanse of space. It was like God was all the way out there in the furthest reaches of the universe but He was also looking all the way into me. I could sense the microscopic galaxies making up each atom which in turn make up everything that exists. It all seemed too interconnected to be random. I couldn’t convince myself that given enough time and space, a godless universe could end up generating me staring at the stars trying to not believe in a God who wasn’t there. It wasn’t like I was contemplating the universe, it was more like the universe was contemplating me. It wasn’t really that I had seen God, it was more like I had felt God see me.

I went back inside the house. My family was in the living room watching TV. I was still thinking about God so I walked over to the bookcase. I knew there was a big King James Bible with a padded white cover; no one had ever read it, but it was there. I carried it over to the couch and sat down, cracked it to the middle and read the first thing I saw.

The heavens declare the glory of God,

and the sky above proclaims his handiwork.

Day to day pours out speech, and night-to-night reveals knowledge.

There is no speech, nor are there words, whose voice is not heard.

Their voice goes out through all the earth,

and their words to the end of the world.

I thought, “Dude. That’s what just happened to me in the backyard.” I said, “Hey, listen to this…” and read it out loud to them. No one cared. I carried the Bible upstairs to my room and started at the beginning, I was going to get to know this God who wouldn’t allow me to not believe in Him.

Eventually I got to the parts about Jesus. That’s when I came to understand that God not only exists but it was His idea to love me, to save me and make me His beloved child. Life could have meaning and hope because of the promises of Jesus.

I started going to church. I grew in my faith. I started writing songs about Jesus and the Bible. When I would perform the songs at church, my family would come to support me—my parents were very supportive and encouraging. I started playing so often, my family got in the habit of going to church. They came to faith, got baptized, and never looked back.

Suddenly life had meaning. There was a rhythm. We had direction and hope. We became part of a community, made friends, had a spiritual family.

I knew I wanted to dedicate my life to helping other people like me and my family to know the love and grace of God that is only found in Jesus.

It’s been a long, strange road from that night in my backyard to planting NewChurch in Katy, Texas.

I went to college to study the Bible with the intention of becoming a pastor, but I started to have success in music. I wrote songs about faith and doubt—hoping to carry the light of the Gospel into some of the darkest places in the world. My heavy metal band Atomic Opera was signed to Warner Brothers Music; we had videos on MTV’s Head Banger’s Ball, toured all over and played shows with Dio, Metallica, Stone Temple Pilots, and many others. 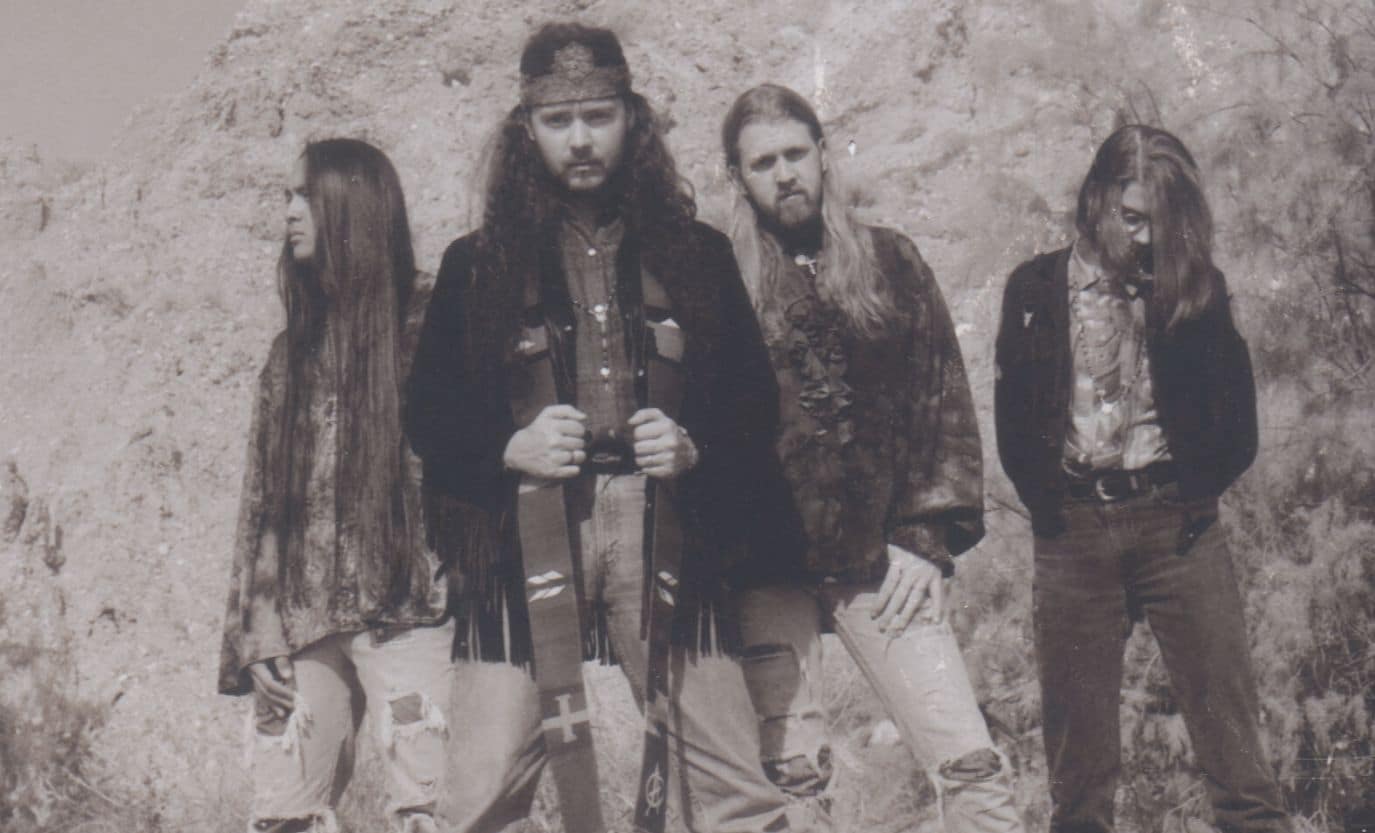 As the touring and recording industry obligations slowed down, I joined the staff of CrossPoint Community Church in Katy. For eleven years I was music director, creative director, part of the preaching team, and loved doing creative ministry with a bunch of Gospel-focused, like-minded people.

In 2015, my wife and I were asked if we would be interested in doing something new: planting a new church in Katy that would be specifically designed to reach people like the family I grew up in. People who weren’t part of a local church. People who didn’t believe. Also, people who had been hurt by other churches and had bad experiences with Christians. This is when NewChurch was born.

One of the people who approached me about the possibility of starting a new church was my good friend Kemper Crabb. Yes, THE Kemper Crabb. I grew up listening to Kemper’s records—ArkAngel, The Vigil. When I met him in 1987, I was a complete fanboy. Since then we have done ministry together and toured all over the world playing music. Kemper mentioned the idea of starting a new church in Katy and I asked him if he would be interested in helping me lead it. He’s been a vital part of the ministry and vision from the very beginning. He brings a depth of knowledge and practical wisdom that is unparalleled.

When you walk into NewChurch, you might notice it has a different feel. You don’t have to leave your brain or your sense of humor at the door. The music will remind you of the glory days of classic rock. There will be Scripture and prayers and liturgy, but it will be accessible and casual. It will be creative and thought provoking. You will be challenged, you will be comforted, and you will be offered grace, peace, hope and joy. Every week you will be reminded of the promises of Jesus.

The problem with America is a lack of faith. The echoes of hope from the Gospel that built Western Civilization are getting harder and harder to hear. In place of the light of the world, there is a shadow growing longer and darker every day. The church needs to shine.

Right now NewChurch meets in the gym at Kilpatrick Elementary on the corner of Cinco Ranch and Gaston Road in southwest Katy. Our hope is to someday have our own space. A place where we can sit down with people, eat and drink and have real conversations about faith and life.

The world feels like a pretty dark place these days. I want to point to the stars. Pinpoints of light in all that blackness. I want to point you to the God who created the heavens, the one who has His fingerprints all over everything. The heavens declare His glory, if I can get you to look in the right direction, I’m hoping you will hear it. You may not have grown up in church or believing any of this Jesus stuff. Neither did I, but I want you to get to know this God who won’t allow you to not believe in Him. 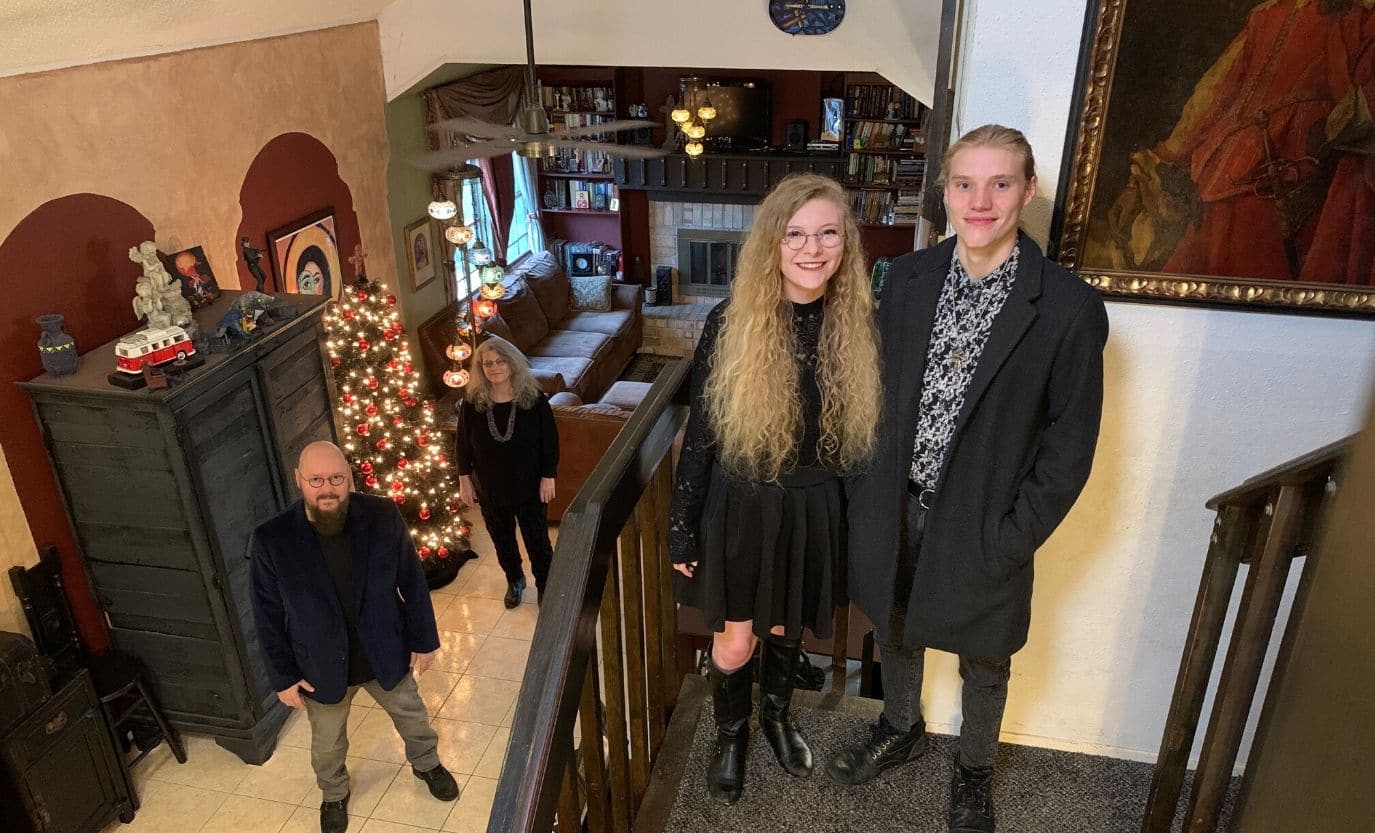 Rev Frank Hart is the pastor of NewChurch in Katy, Texas. He is married to his high school sweetheart Kim, who is a BCIS teacher for Aldine I.S.D. Their daughter Von Behr is studying psychology at Concordia Texas in Austin, their son Angel is a senior at Aristoi Classical Academy and plans on pursuing pastoral ministry, psychology and music.

NewChurch meets Sunday at 10AM in Kilpatrick Elementary School.