News
2 months ago
by Web Support
0

The Rising Eyes of Texas is a juried exhibition held by Rockport Center for the Arts that recognizes undergraduate and graduate students in the visual arts. The juried exhibition held the work of 40 selected artists from 21 universities across Texas. This year’s winners were chosen by Rebecca Gomez, a fine art consultant and former curator at the Mexic-Arte Museum in Austin. Sanders received one of the six top prize awards, earning Honorable Mention for his metal and ceramics piece titled, Numinous Glory. “Rudolf Otto, an early 20th-century German theologian, coined the term ‘numinous’ to designate the non-rational part of religious experience. By it, he meant the blissful exultation one experiences when contemplating the divine,” Sanders explained. “In my work, I have attempted to capture the nature of the Numinous. I hope the audience will experience what makes them fearful yet fascinated, awed yet attracted, and the powerful, personal feeling of being overwhelmed and inspired at the same time.” 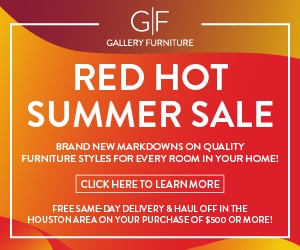