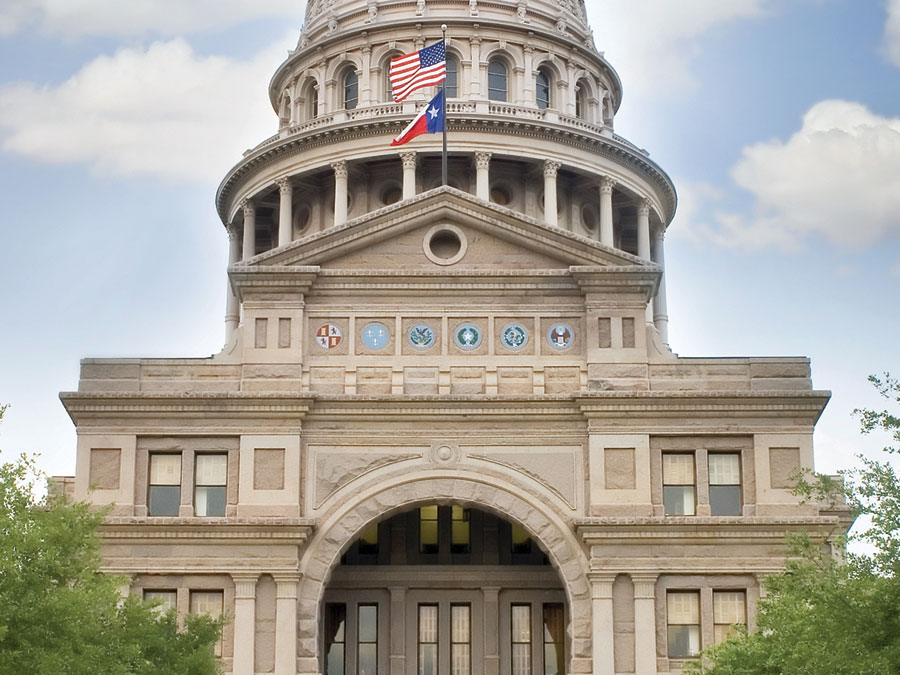 Some very important political races are underway in Fort Bend County, and we thought it would be advantageous to our readers to share what we know about our Republican candidates. The Republican Primary provides a vetting process in which you and I can decide who will move forward in the race to the General Election on November 3, 2020. So get to know your candidates ahead of the Primary Election on March 3, 2020, and do your part as a U.S. citizen and resident of the great state of Texas to set the direction moving forward.

Greg Hill for Congress in the 22nd Congressional District

Hill is running to replace Congressman Pete Olson, who announced he will be retiring at the end of his term. When asked what drew him to this particular political office, Hill stated that giving back to others is his primary motivation. “Many are qualified to serve, and truly all that is required to adequately serve another is to have the heart and willingness to do so.  It requires a desire to want to do for others, and I have always had this desire.  Aside from that, I have a wide range of experience that has served me well, from teaching high school Spanish, to serving our country as a U.S. Border Patrol Agent, to working in the private sector, later running my own business, and finally serving since 2011 as a local council member, Mayor Pro-Tem for the largest city in CD22, and then Countywide Judge.  Of course, college and later law school, and all other forms of education were growing points that have helped prepare me, and I have enjoyed serving others along the way.”

His experiences have certainly formed him, but so have foundational values about what it means to be a true leader. “I am passionate about serving and helping others.  One of my favorite quotes is ‘If serving is below you, leadership is beyond you.’  When serving on Pearland City Council, I enjoyed when folks would call me to get things done.  This could be something as small as making a call to have a constituent’s trash picked up when a vendor mistakenly missed their home, or having an asphalt overlay done when potholes became an issue on someone’s street.  It is good to be in a position to help, and to have that desire to help.

“From a public policy standpoint, and as a congressional candidate, the issues are a bit broader now, but can impact the voter on a local level and need to be addressed.  I believe that we need adequate immigration reform.  I believe that we need adequate health care reform, and not a one-size-fits-all model, and certainly not socialized medicine.  I believe that the radical left is moving, by their own admission and resolve, to a socialist form of government.  I believe that this is contrary to what our country is based on, and contrary to the right to life, liberty and the pursuit of happiness that our founding fathers carved out for us in the preamble and creation of the United States Constitution.  I am also pro-life, and an advocate for all of our Bill of Rights.”

As a former Border Patrol Agent, Hill is in a unique position to comment on the current immigration crisis facing the U.S. “The same challenges exist today that existed in the mid-90’s … we need more immigration judges, we need to do a better job of enforcing the laws that we have on the books, and streamlining the process to become a resident alien and naturalized citizen.  We are a country founded upon immigrants, and should welcome immigrants to come in through the front door and assimilate to the American principles and ideology that have made us a great nation.  A border wall is important, but not the end all be all.  Proverbs says that he who builds a wall invites destruction.  A wall alone will not cut it.  We must seek a way to protect our borders not just with a wall, but with adequate enforcement and solutions.”

Hill sees the Congressional race as a calling, and one requiring humility and a true concern for others. “We must be the model and light that others turn to, and not for our benefit, but rather for theirs.  I have always said, wake up every morning and thank God for giving you the desires of your heart, and continue throughout the day delighting in him, turning over your desires to him.  Go to sleep reflecting on how God has blessed you throughout the day.  Then, trust in the Lord and wait patiently for him, and repeat.”

Tricia Krenek is running for State Representative after years of serving in our local community. She has lived in Fulshear since 2011, where she served two terms on the Fulshear City Council and as Fort Bend County GOP Precinct Chair. The leading Republican contender for Judge of Fort Bend County Court at Law No. 3, Krenek lost to the Blue Wave that surprised Republicans and has spurred them to double down on their efforts to take back the county.

“On the Fulshear City Council, I used my legal skills and business acumen to focus on developing policies to efficiently and effectively provide governmental services and infrastructure, spur economic development, improve local quality of life, and foster the values important to residents. I fought to decrease property taxes by nearly 20% during my two terms. I am active in our local Republican party and have been endorsed in this special election by more than 70 current and former local elected officials, community leaders, and grassroots activists. They know me, and they know my record of service and results to the community.”

Krenek is passionate about service to others and working to improve the quality of life for every family in House District 28. She is focused on important issues like property taxes, public education, and border security. “Helping this district–our community–and our great state reach our full potential is the driving force behind my passion for and commitment to public service.”

She explained, “This election is not about me. It’s about working together to make our community stronger. I invite everyone to join our team and get involved in protecting and promoting the values that define our community.  I want to champion your message in Austin, and your vote and support help me achieve that goal. Texans can have confidence that I will always put the needs of the district first.

“Fort Bend County is a wonderful place to live and work because of the conservative principles that have made our economy and our community thrive and flourish. We must continue to have strong and experienced Republican leadership in Austin.  I will use my experience for the benefit of all and would be humbled to be your voice in Austin.”

Former Fort Bend Republican Party Chairman Jacey Jetton is running for the Texas House of Representatives for District 26. His interest in the office came from a growing concern about the changing political landscape in Fort Bend.

“After getting married and having my first son, I grew worried about the education system in which he would learn, the values he would absorb from his surroundings, the opportunities he would have later in life, and the freedoms and liberty he would have to pursue his dreams. These all led me to get involved in the political process to fight to elect Republican leaders who share our conservative values.

Jetton has worked for Pro-life champion Glenn Hegar and served as a values-driven policy director during the 83rd Texas Legislature. He is the parent of two children in the public school system, a homeowner, and a business owner, so he understands the effects of property tax increases and government interference.

“I’m deeply passionate about the American Dream and all the people seeking it today. The Founding Fathers’ belief in our rights to life, liberty, and the pursuit of happiness is the foundation for that dream. Here in Texas, we take pride in our rugged, hard-working conservative values and believe that our government should be limited and restrained by those who are elected to represent the people. This is what allows the people to pursue that great dream that the American experiment has delivered us.”

Jetton is a pro-life conservative who believes in low taxes, limited government, and a secure border to keep communities safe. He is a 7th generation Texan who stresses talking to our neighbors and advocating for conservative values. “The Democrats are lining up to take House District 26 from us and we can’t let that happen. I’m prepared to work hard in the community, connect with voters, and share what it means to be a hardworking, Texas conservative. That’s what it will take to keep this seat in Republican hands and keep the American Dream alive for future Texas daughters and sons.”

Following the Call Across Texas

Caring for the Next Generation